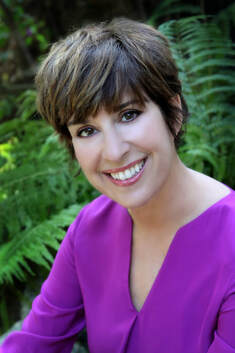 ​During family parties when I was a kid someone would occasionally turn up the music, and move the furniture aside in order to make more room. Moments later everyone would swarm the dance floor and begin gyrating their hips, and moving their feet to the enticing rhythms of our homeland. We kids didn’t have all the moves down yet, but we tried our best to emulate our elders all the while fascinated by the transformation that had taken place in them, as though all of a sudden they’d been transported to a paradise where there wasn’t a care in the world. On one occasion I remember well, my parents weren’t dancing with the rest. I found them in the kitchen where my mother was weeping while my father tried his best to console her. This is the moment I first confronted the reality that my family had experienced a tragedy of some sort, although it would take years for me to know and understand the details of what had happened to us, and why we were living in the United States and not in our native land.

I grew up as a typical first generation Cuban American girl. My parents worked very hard to learn English, and get ahead in a new country. Because they were so busy, my grandparents helped to raise us, and thanks to them we didn’t forget our Spanish. My sisters and I went to school, played with our friends, and tried our best to blend in a town where there were virtually no other Cubans and very few Hispanics. Our family mantra was “Work hard, and for God’s sake be careful”. Everything went smoothly until I reached adolescence, and then more than a little conflict was generated by the disparities between the Cuban and American versions of an ideal teenage life. We somehow survived those years, and after High School I attended the University of California Los Angeles (UCLA) where, aside from acquiring a more integrated sense of myself and my roots, I developed a keen interest in clinical psychology. After a few social service internships I decided to pursue an advanced degree in psychology in order to work with the Latino community, and most especially with new and first generation immigrants like me. I’ve been practicing as a psychotherapist and social worker with individuals and families from Mexico, and Central and South America for more than twenty years. It’s gratifying work, and the most compelling inspiration I could hope for as a writer.

My husband and I settled in the San Gabriel Valley only a few miles from the small town where I grew up, and I’m constantly amazed by how quickly the years fly by. My parents are getting older, my step children are in High School, and my nieces and nephews will soon be off to college. But I’m happy to say that every New Year’s Eve my family still dances together, although Cuban music is now interspersed with rock and roll, disco, alternative rock, and even rap. And of course now I understand why my mother wept while the others danced all those years ago. In fact sometimes she still does, and I join my father in consoling her by saying, with as much confidence as I can muster, that one day we will dance together in Cuba. “We’ll see,” she says, not very convinced, but it’s enough for the moment, and as we rejoin the party I can’t help but think of how fortunate we are to be living in this country, to be together, and to be able to experience the warmth and beauty of our culture no matter where we are.​